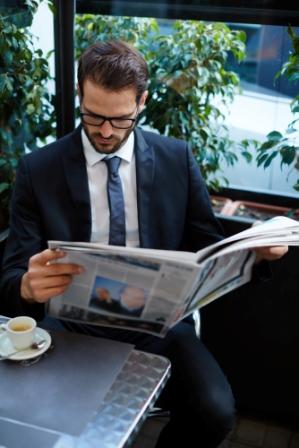 If you are a B2B company owner, one day you may decide to get some social media involved to promote your business to your potential clients. (Because everybody’s doing that). If you have no previous experience, you are most likely to address a company specializing on SMM. You are then likely to receive a big list with a strategy on everything one can imagine. The package usually includes LinkedIn (of course), Facebook, Twitter, Pinterest and even Instagram. (Because that’s what your competitors do or may do). Everything looks nice and beautiful (in huge reports).

However, I’ve decided to make a small research free of charge for one of our clients just for fun of it :).

I asked my client to give a list of all of his clients (nearly 50) and a list of his most wanted (top 100) prospects or potential customers. He did that. I also asked my client who was the decision-maker and who was involved into decision making process and could have influenced the purchase. Thus, we received a list with 200 names on it and started checking out their social media profiles.

The SMM strategy of the company mentioned above theoretically included several groups creation and membership in the existing ones. The statistics of the existing groups was impressive: 600+ hundred members in each, daily updates, etc. But we’ve decided to take a closer look and found out that all the groups had the same posts inside them with very few comments. The most successful publication was made a year ago and pinned as a top post with… 7 likes and 4 comments. As the groups in LinkedIn are now closed from the search engines, it makes publications in such groups absolutely useless from the SEO point of view.

Besides neither person among those 182 was a member of those groups in LinkedIn. Most of them didn’t take part in any group at all.

The only evident strategy in this case is placing a company representative to make friends with each person on the list. Then this rep will have to publish very interesting, involving, perhaps emotional or valuable information on his wall in the hope that their new friends will see it. Anyway, this effort requires much less time and budget than addressing your clients in the places where they don’t belong.

Do you want to get more information?

Or perhaps, you need a consultation or any other kind of help?